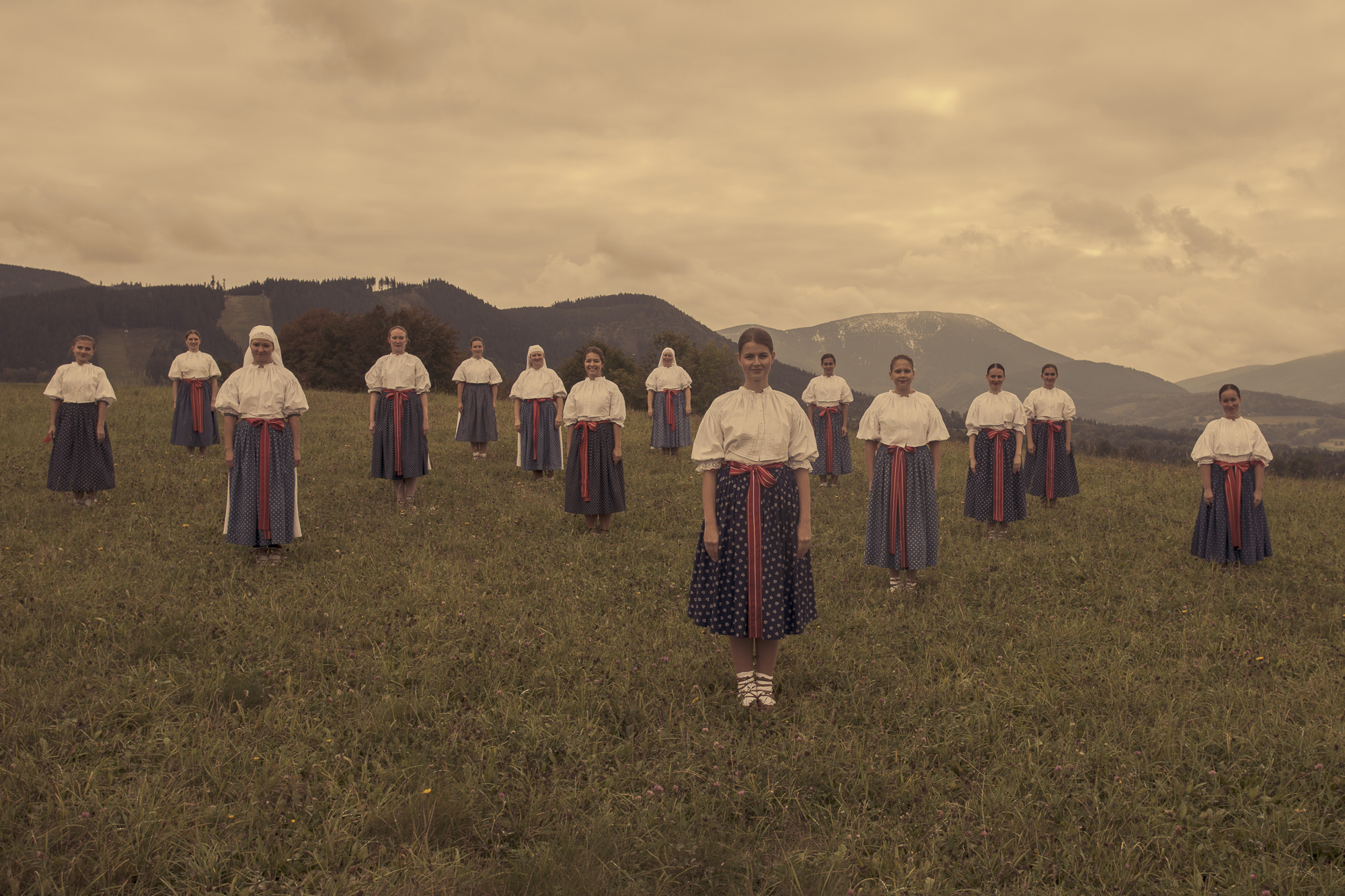 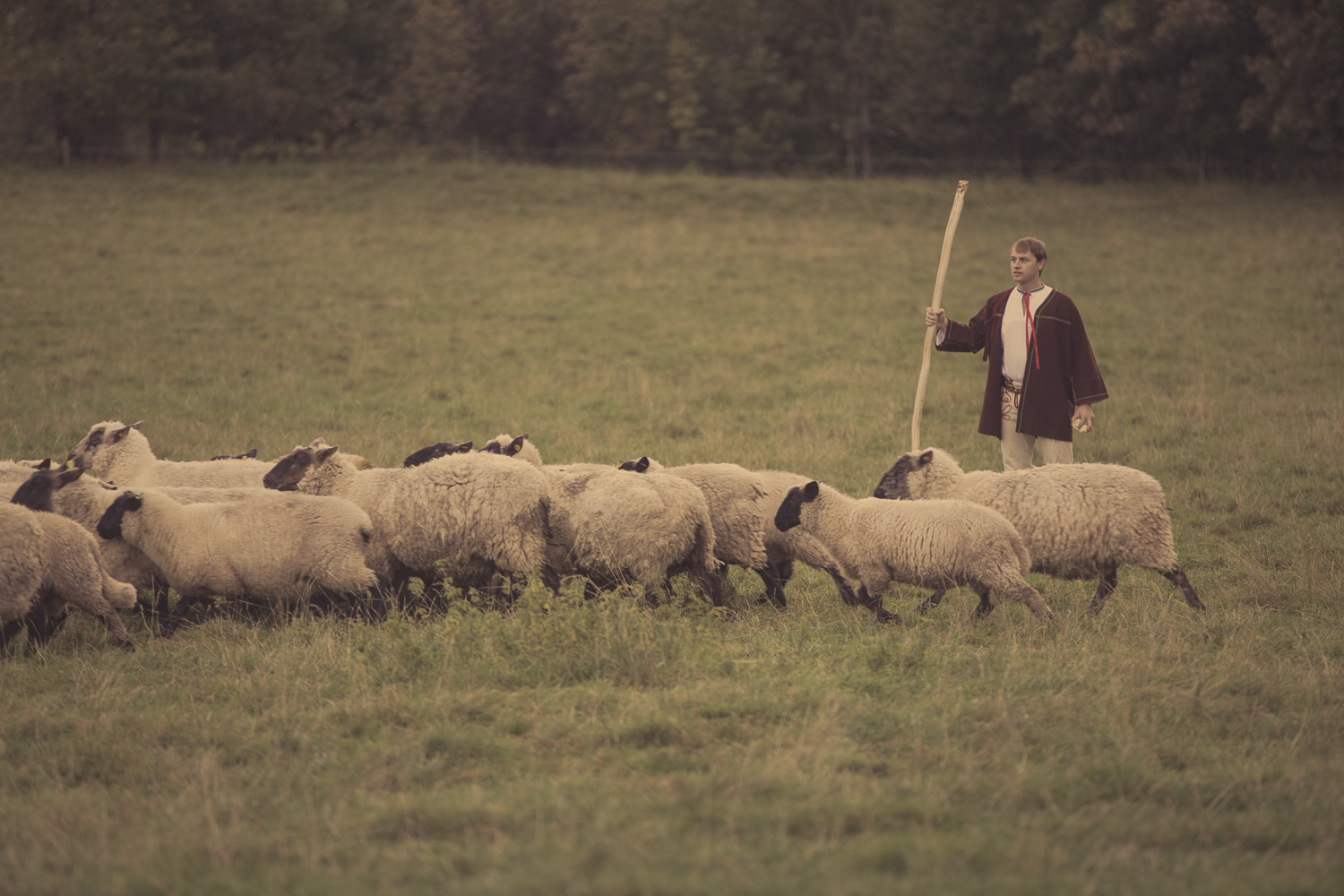 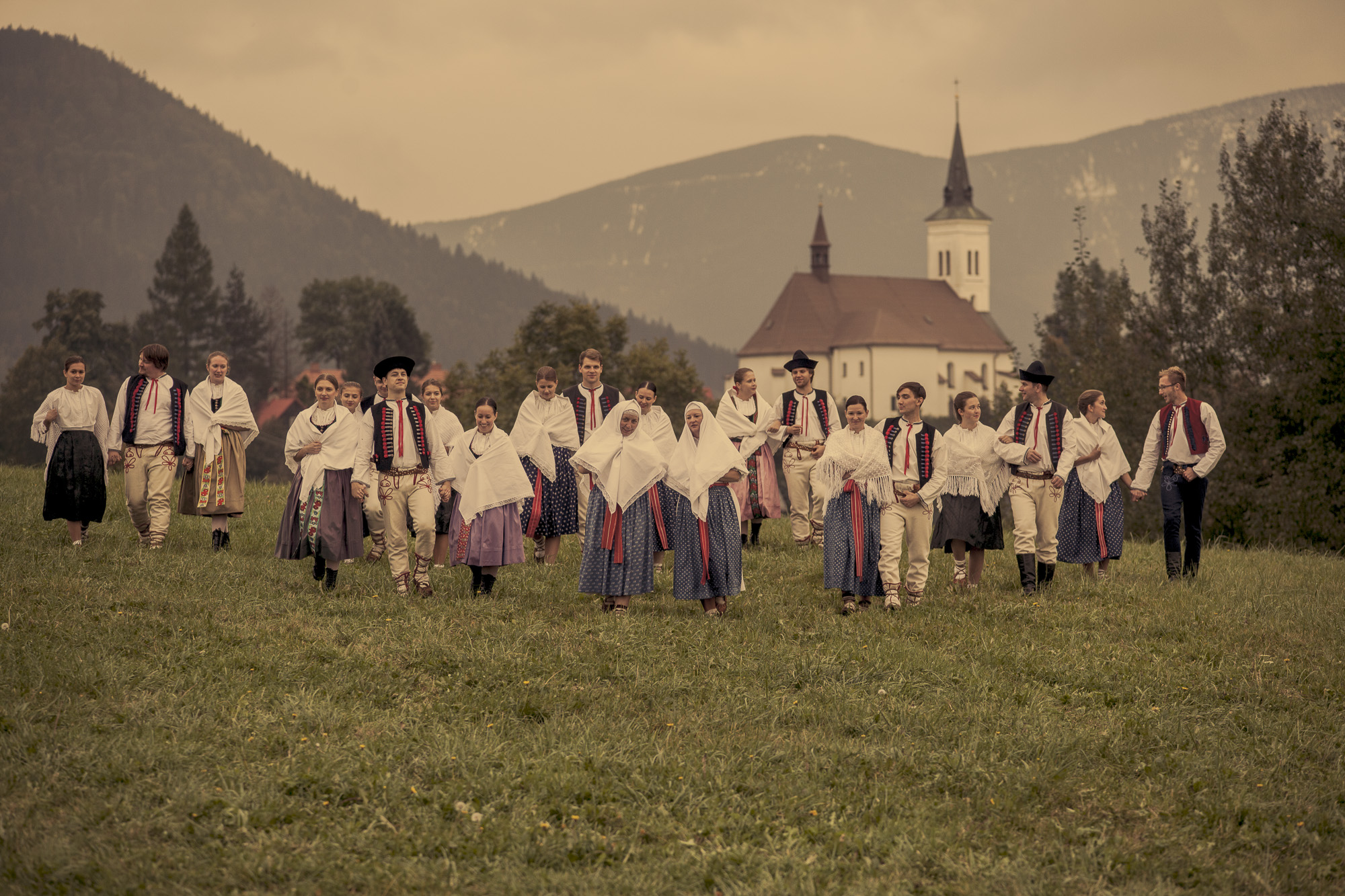 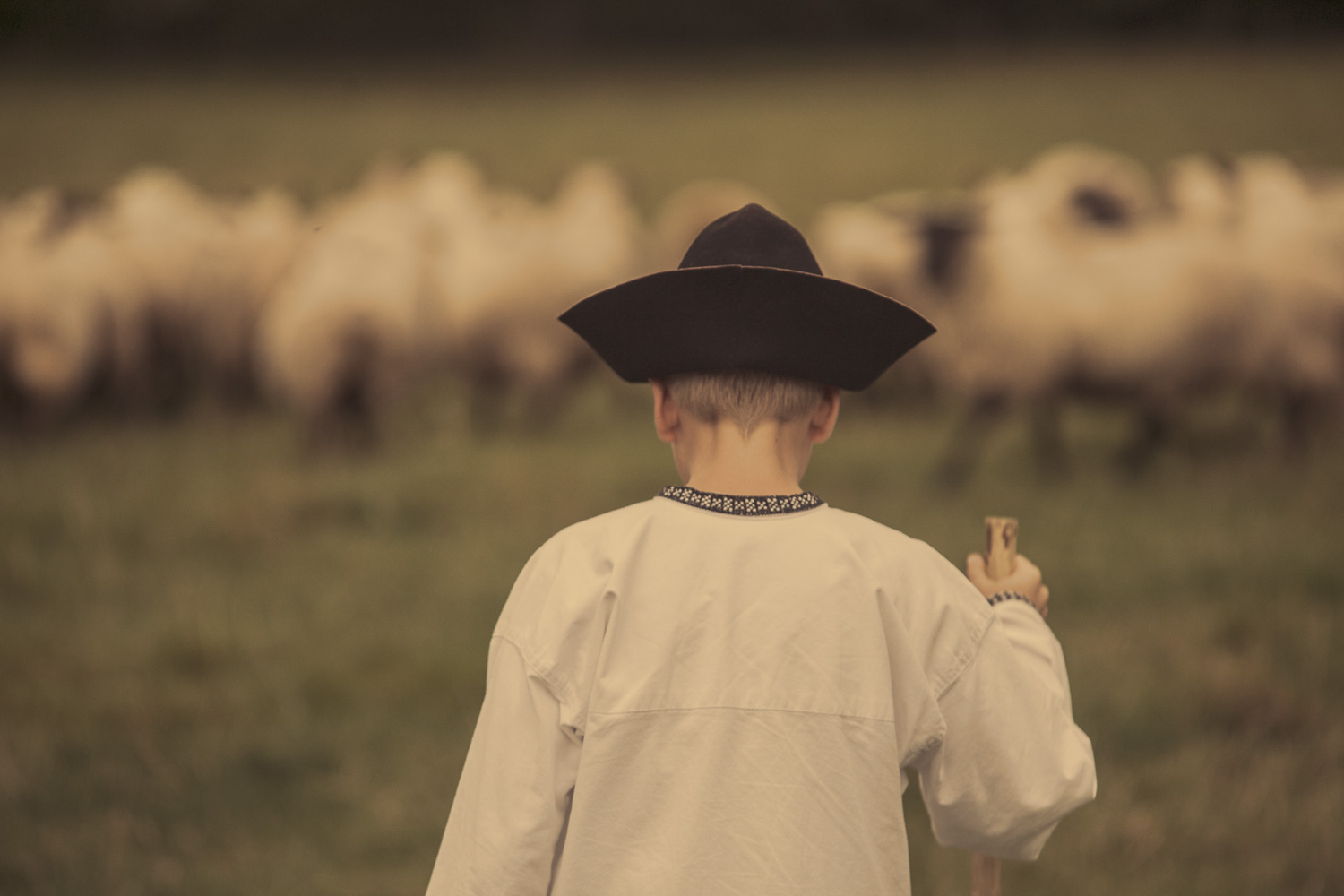 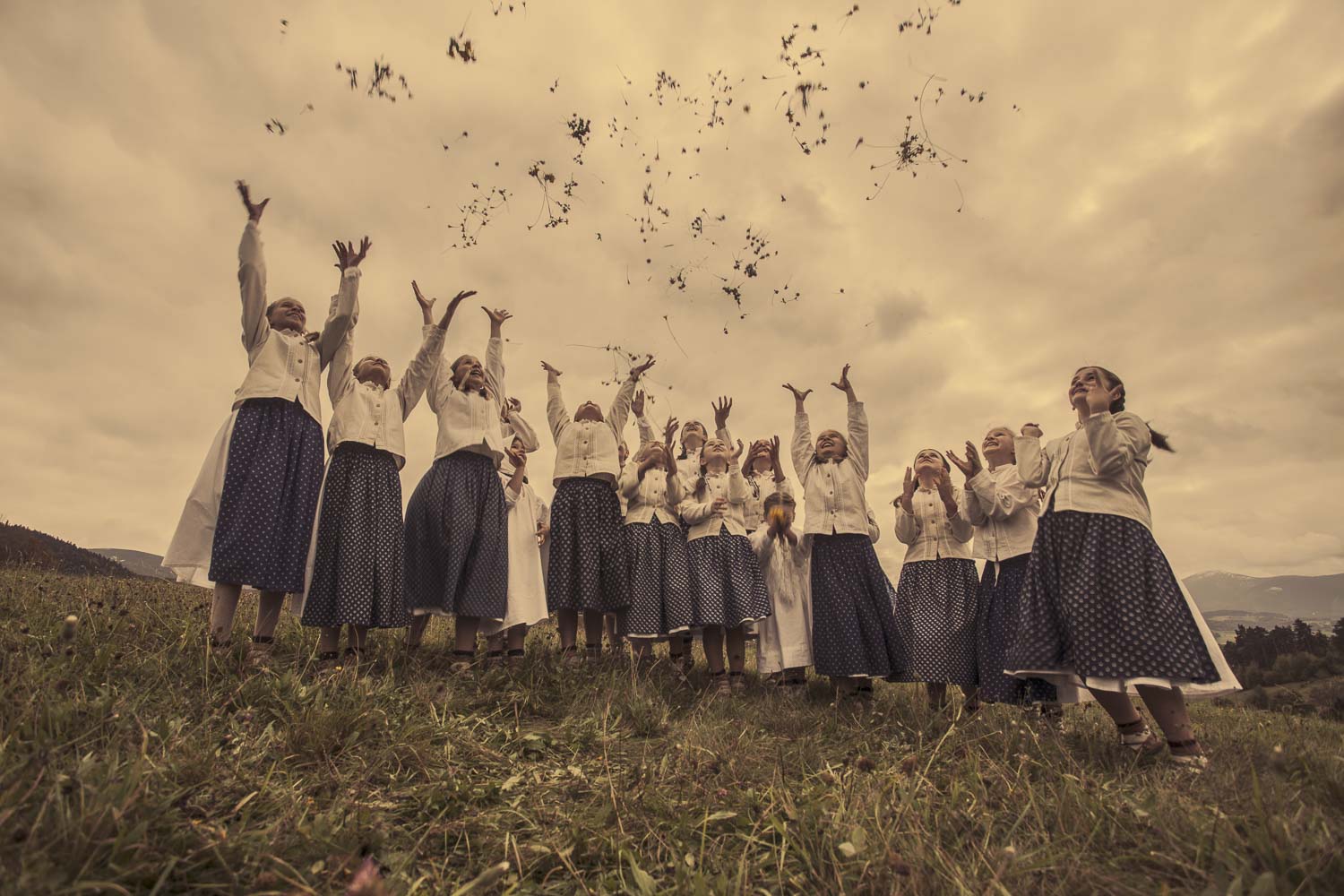 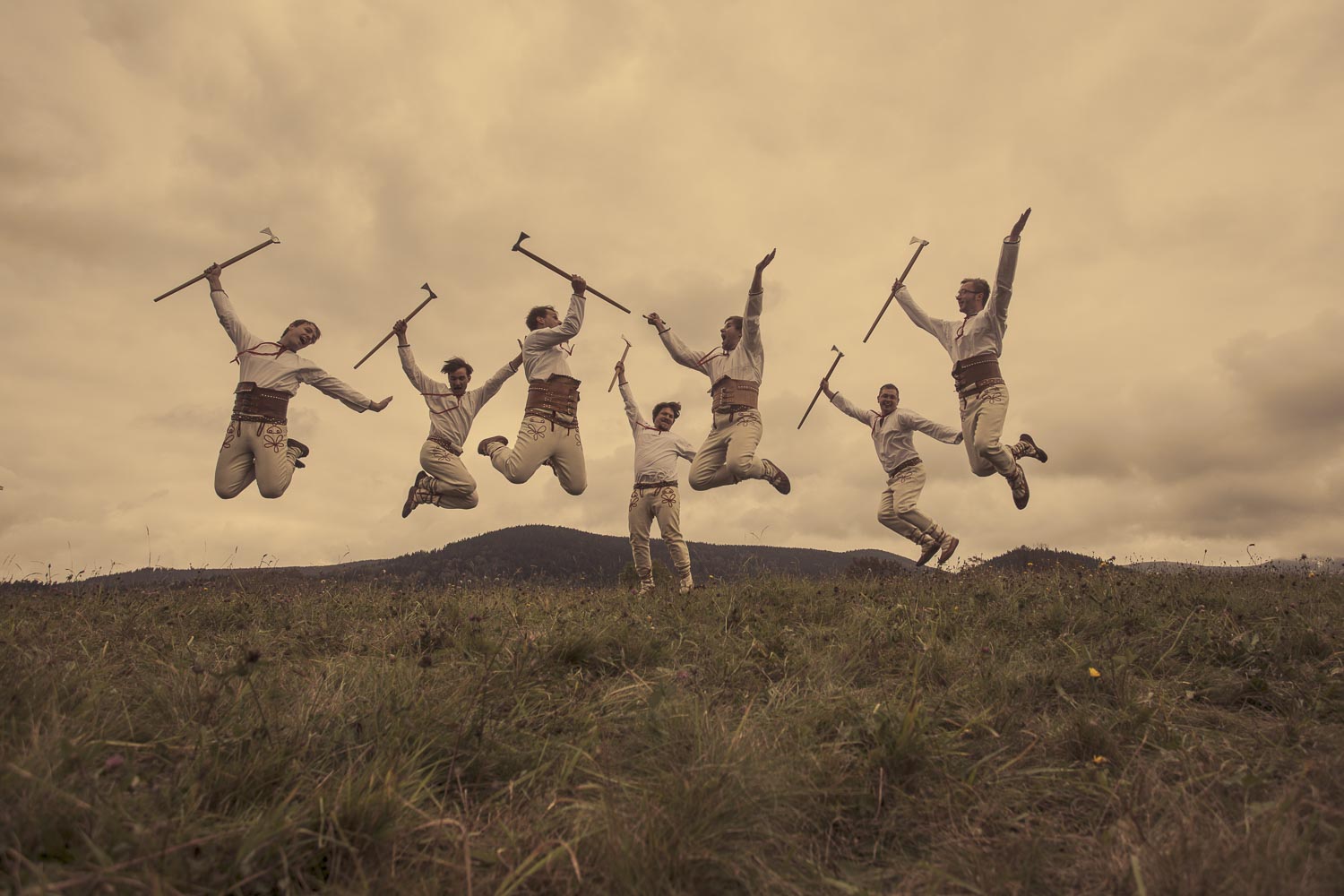 The Group of Folk Songs and Dances Ostravica 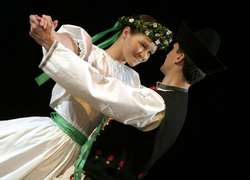 At the place where the highest peak of the Beskydy mountains, the Lysa Hora, spun round by many tales, towers above the Ostravica river proudly up to the horizon, and where the country is bordered all around by steep ridges of the Beskydy hills, you can find the region whose songs and dances still enchant us today. Here, you are in the middle of one of the most interesting ethic area of Czechoslovakia, on the Moravian-Slovakian frontier.

In this region with its rich folk tradition and culture, it was in 1960 when The Group of Folk Songs and Dances Ostravica was founded. The group uses for its repertory mostly the original materials gained by research, and recording the original folk performances within their own region. That's why there are in the programs songs and dances that, with their choreographical and musical arrangements, fully preserve the authenticity of the folk art of the Moravian-Slovakian frontier. Thus they remain a faithful representation of the culture there.

The Group of Folk Songs and Dances Ostravica is continuator of Group called Ondras established in Janovice in 1949 and in 1960 they moved to Frydek-Mistek. In 1967 Ondras was renamed to Ostravica as the Ostravice river springs from mountains on the border with Slovakia. The river also flows through Frydek-Mistek, the Group residence. The Group was located in „National House“ in Mistek for long time, then in today's „Commercial center“ in Mistek and nowadays has place in „Cultural House“ in Liskovec.

In the course of its own existence, Ostravica regulary organized concerts for their supporters, Lassky ball, educational concerts for students at basic and secondary schools, jubilee concerts etc. Ostravica was a frequent guest at traditional ethnic festivals in The Czech republic (Janovice, Dolni Lomna, Lhotka). Twice Ostravica performed at the top of Czechoslovakia Folklore Festival in Košice (1977 and 1980). On their trips aboard through Europe they obtained many awards and in South Africa they even won 7 awards in seven categories. Members of the Group has been recorded by the Czechoslovak Radio, Czechoslovak Television has made 4 films with the Group and they also represented on International Festival of Music in Prague Spring in 1997. Group activity is recorded on videotapes, tapes and CD.

Since October 1996 The Group of Folk Songs and Dances Ostravica devoted their work to children and teenagers, who are preparing to enter the Group of adults.

As time went by many dancers, singers and musicians took turns in Ostravica. Many of them became personalities who influenced life and creation of Ostravica. Founder member and long standing artistic director and choreograph of ensemble Ostravica was Mrs. Vera Simkova.

Childrens group of dancers, singers and musicians under the name of „Small Ostravica“ was established in October 1996 as a part of Big Ostravica and his potencial base. Irena Blablova a Martina Krpesova were in charge of 70 children. The artistic director of the band was Pavel Goluch.

Practices were once a week in Mistek, at that time quarters of whole group. Beginnings weren't easy. It was very hard to practice with so many children of different ages.

In 1997 was first children's summer camp with dancing classes. At the camp were working a few mothers, which helped us made costumes for children. This event became tradition, so children can every year spend the whole week together, they dance, sing, and play games.

Another turn in history of the group begins when they moved to „Cultural House“ in Liskovec. For many members it was a problem to get there. Years go by and some children leave as new come to the group. In leading roles continue Iva Heczkova and Lenka Vojkovska with Lenka Dujkovaś help.

Children were divided into two groups – from 12 years old, called „Bobanci“ with their leader Roman Mokrosch and children over age 5, called „Pistalky“ which were practicing in kindergarten „Beruska“ in Frydek with Silvie Slavikova and Jana Šimůnková as their directors.

Together with grown-ups children performed for the first time at the concert „Communication“ on 29th October in 1997 in The Cinema of Peter Bezruc in Mistek.